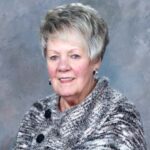 For most of the past three decades, callers and visitors to our parish were greeted with a sunny – “Hello, you are connected to St. Dominic Parish”. That cheerful yet discrete, welcoming greeting belonged to our secretary, Mrs. Donna O’Donnell. For 29 years, an impeccably dressed Donna was often the first ‘ambassador’ visitors, current and future parishioners encountered. Due to health concerns, Donna concluded her service to our parish in August of this year. Donna joined the parish office team as a volunteer to assist Sister Joanette Paleczny, SSND. Sister later encouraged Donna to accept the secretarial position when it became vacant. Over the ensuing years, Donna adopted the St. Dominic staff as family and thoroughly enjoyed organizing festive seasonal and birthday get-togethers.

In her youth, Donna Monery was an avid dancer. She ran her own children’s dance school in Mimico called “Donna’s Dancing Dolls”, for which she orchestrated student recitals and competitions. At a young age, Donna even traveled to New York City’s Radio Music Hall to audition as a professional dancer but decided that that life was not for her.

Soon after her return to this area, she met Ronald O’Donnell who became the love of her life. In addition to his prowess on the dance floor, Donna was taken with his faithfulness to the Catholic way of life – so much so, that she enrolled in an R.C.I.A. program and joined the Church. Eventually, Donna and Ron were married in 1957. As a manager with an aluminum firm, Ron’s
position necessitated frequent relocations for the O’Donnell family. Before moving to Oakville in 1976 they had lived in Windsor, Montreal, Vancouver and Calgary. Over the years, the O’Donnell family expanded to include a daughter, Jane and husband Brian, a son, Paul, and eventually two grandchildren. Ron O’Donnell died June 13, 2008. 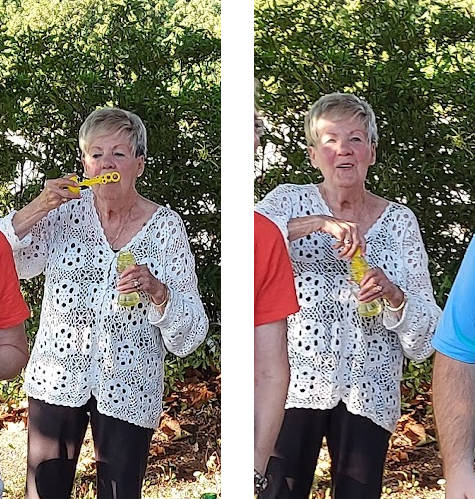 She now goes to meet her God and to be reunited with her beloved Ron – who I’m sure is waiting to dance with her again. Her funeral Mass was held on Thursday, October 28th at 10:30 am.

Eternal light grant unto Donna, O Lord, and let perpetual light shine upon her. May she rest in peace.