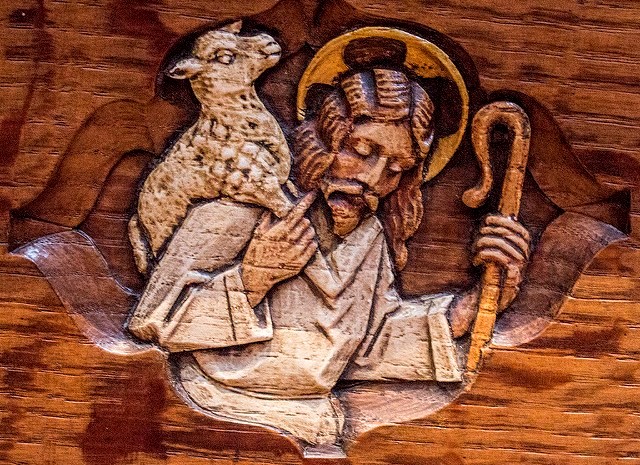 “As Jesus went ashore, He saw a great crowd;
and, He had compassion for them, because they were like sheep without a shepherd”. Mk 6:34

Mark the evangelist is using the expression, “sheep without a shepherd” with a specific reason in mind. This expression was first used by Moses in Numbers, chapter 27:17, where – before his death – Moses prays to God to send a worthy leader to lead his flock to the Promised Land. Moses realizes that without him they will be, “like sheep with out a shepherd”. Here, the evangelist Mark is in a way indicating that Jesus – who would lead all the people to the Promised Land, the Eternal Home, – is the final answer to Moses’ prayer.

This Sunday’s liturgy, specifically the first reading, prompts us to connect this expression to another prophesy made by the Prophet Jeremiah. Jesus is that ultimate shepherd sent by God just as the prophet proclaimed, “I will raise up shepherds over them who will shepherd them.”

To understand Jeremiah’s prophesy, we need to go back to his time and context. Jeremiah ministered as a prophet of Yahweh for almost 40 years from 626 B.C. to the complete destruction of Jerusalem in 586 B.C. He started his ministry, warning people about the need to repent and come back to God, collectively, as a nation. If Israel did not show a genuine change of heart, it would face judgment and as a result, face sudden and complete destruction of their beloved kingdom, including the holy temple.

Though Jeremiah lashes out harsh condemnations upon Israel as a country and on its leaders both political and religious, he was sensitive and broken-hearted. He suffered immensely, for all abandoned him – he was scorned by the priests and kings, ridiculed by his people and despised by his own family. Jeremiah was one of the boldest prophets who alone withstood the wicked, corrupt and evil leaders of Israel until the last hours of its destruction.

King Jehoiachin hated the very presence of Jeremiah, who was banned from entering the palace. The relentless ambassador of God, Jeremiah sent messages to the king, who tore and burnt them in contempt. In this background, Jeremiah makes today’s prophesy – a condemnation of its leaders who have mislead the common people away from God; from a spirit-filled life to one of worldly ways. At the same time, the brave prophet reveals to them the plan of God – the reign of God to come – “I myself will gather the remnant of my flock out of all the lands”.

In Jesus, God Himself would shepherd His people.

In John’s Gospel, we see Jesus referring to himself, time and again, with the imageries of shepherding. Whoever listens to the voice of the divine shepherd and believes in Him who sent Him, will have eternal life (Jn 5:24). Our shepherd has come to us, to take us to the Green Pastures (Ps 23: 2).