The History of a Faith Community

One acre of land donated by Toccalino family for the site of a new parish in Bronte; an additional four acres were later purchased.

Laying of cornerstone of Saint Dominic Church by Rev. Straus.

First of a series of trips to The Holy Land.

Rev. Victor W. McNamara, retired, in residence at Saint Dominic for what would be 15 years.

Mariusz Durbajlo, seminarian, came for his pastoral internship; he was ordained transitional Deacon in 2004; in May 2005 was ordained to the holy priesthood for the Diocese of Hamilton.

New stain glass window installed on west side of church. It was dedicated and blessed on Pentecost Sunday, the scene it depicts. The donor is Mr. Joseph Aigner, President of Artistic Glass in Toronto. He is a former Saint Dominic Parishioner. 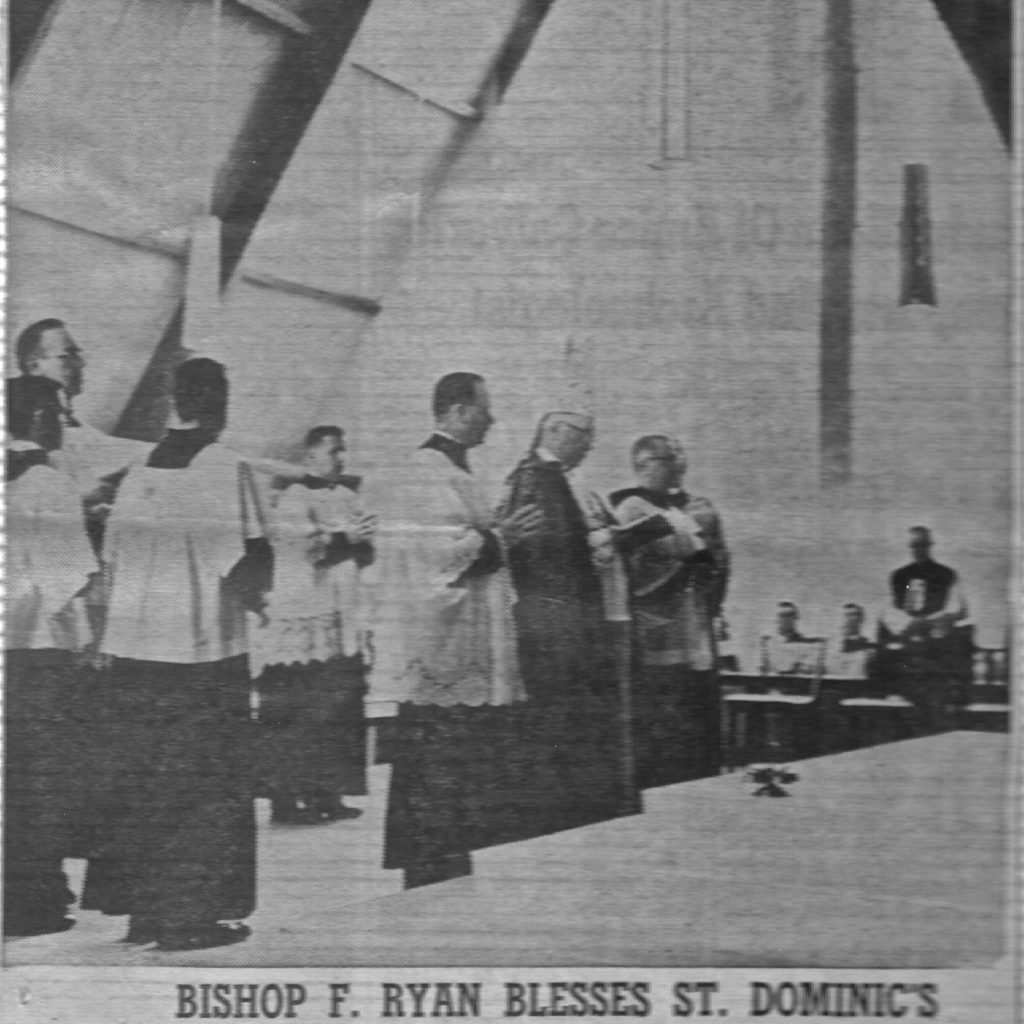 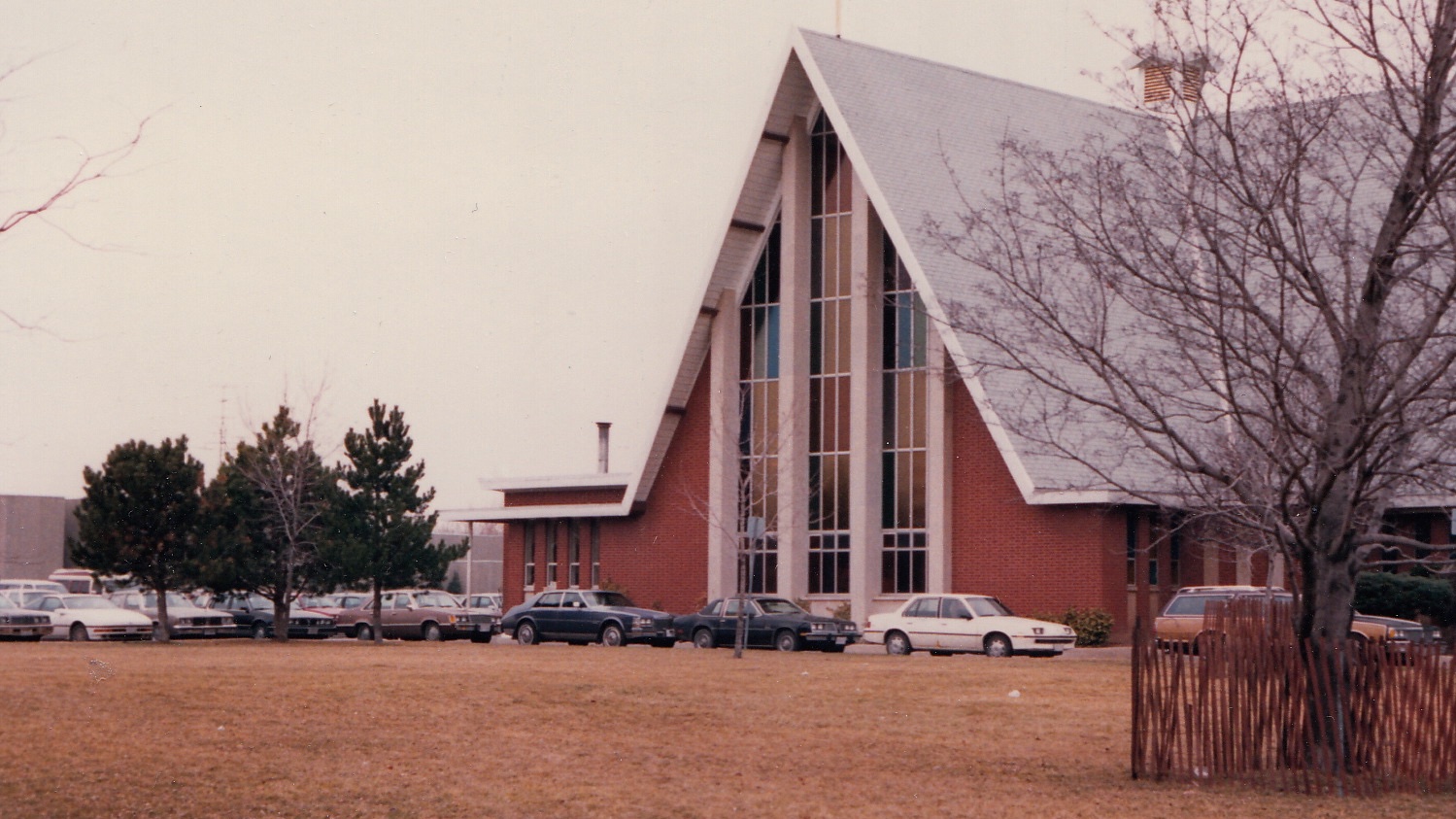 View of the west side of the church before the second Parish hall was built.

Stained glass window depicting the Descent of the Holy Spirit at Pentecost. It was installed in 2006 by former parishioner Mr. Joseph Aigner. 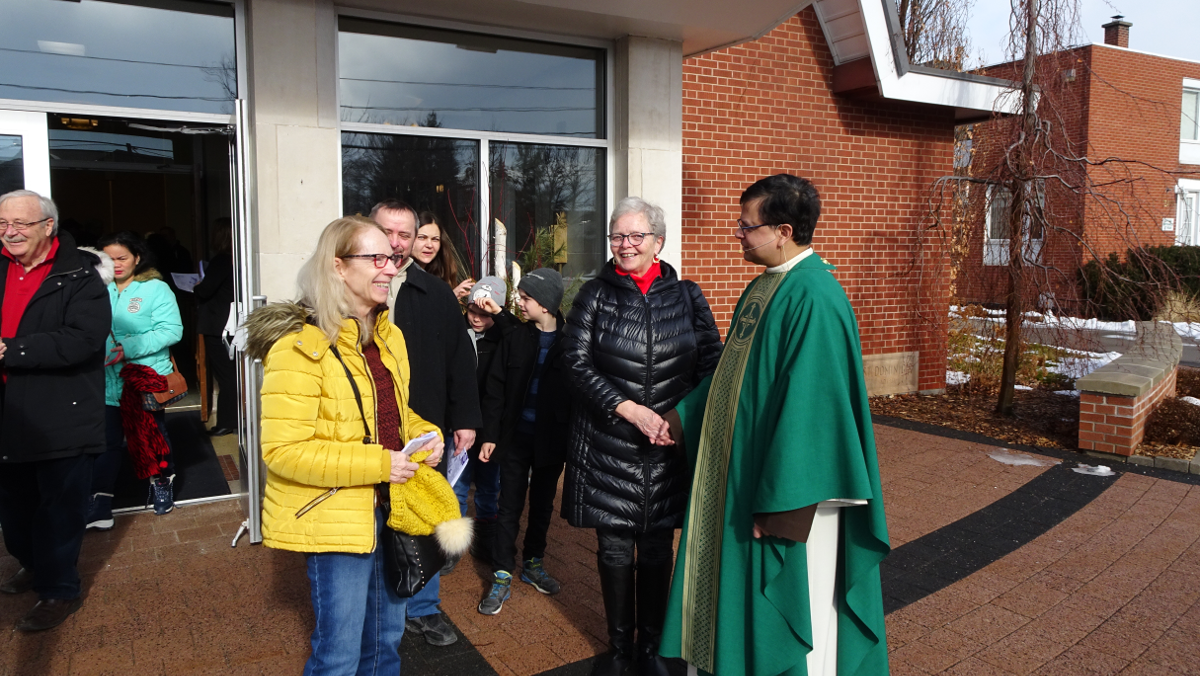 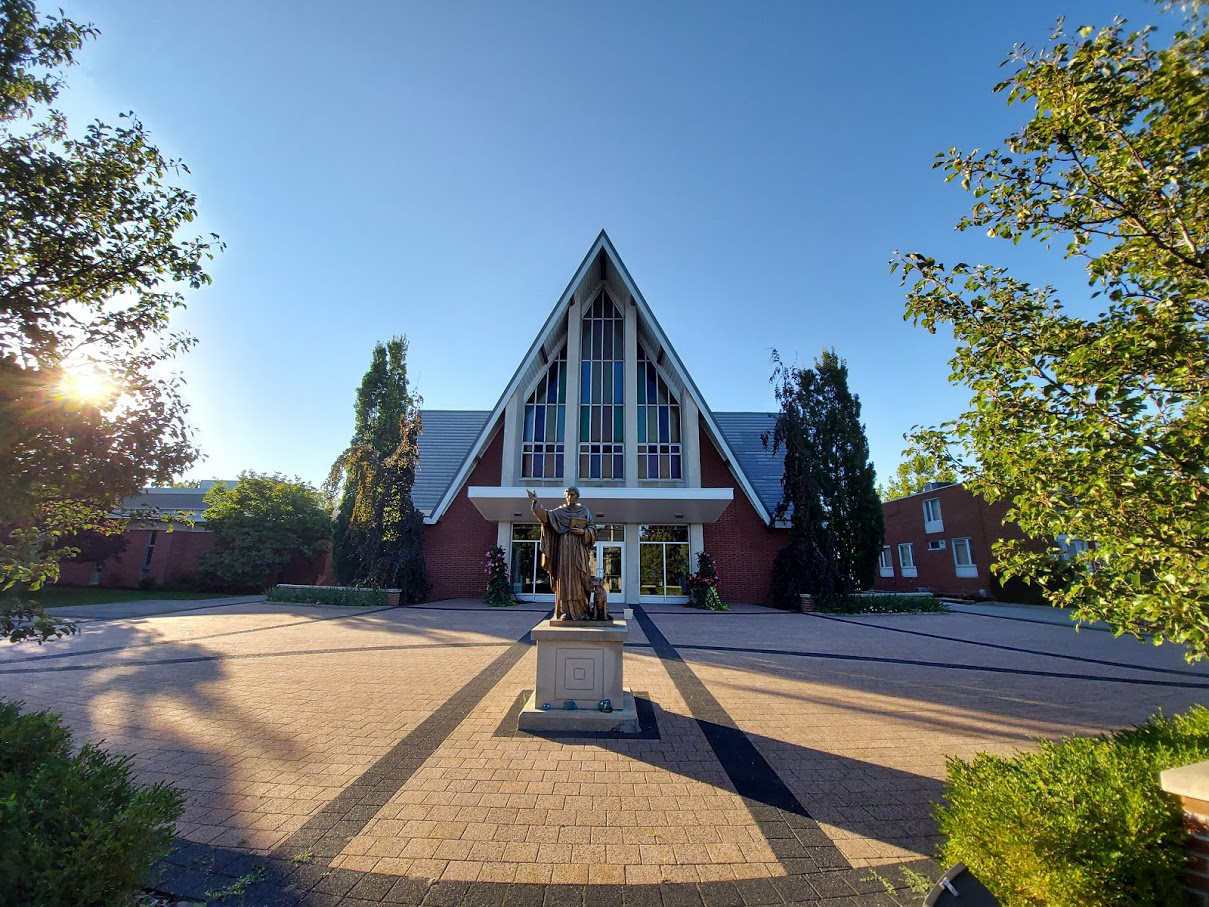 Front of the church in 2020. In this picture, you can see the bronze statue of Saint Dominic as well as the stone driveway loop installed as part of the Radiating Our Faith project.