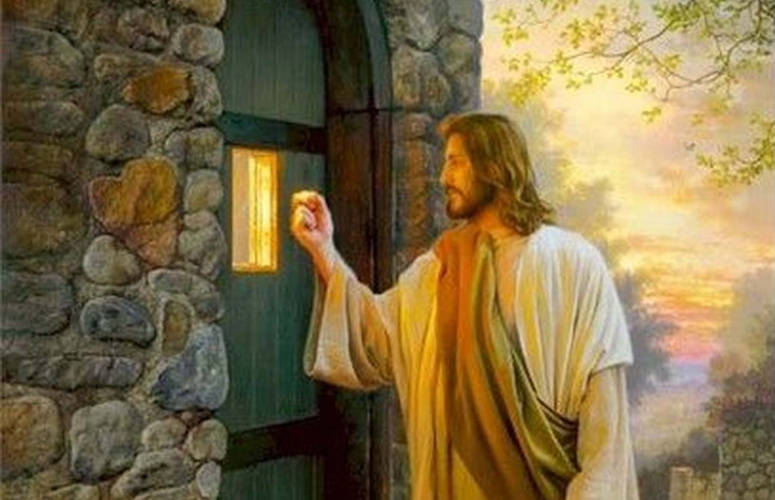 So who is Jesus referring to in this parable? Who has been given much?

The wrong way to read this story is to conclude that there are degrees of judgment and that God will punish you in accordance with the badness of your behavior. The key to unlocking this parable is found in the last line:

An unskilled worker went for a job interview and demanded a pay higher than that of skilled workers. When asked why he demanded so much for his unskilled work he explained that because he was new to the job he would put in more effort and time than the skilled workers to do the same job. Therefore, he should be paid more. That is how God pays: by the amount of effort we put into being faithful to him, and not by our achievements.

If I were to name your greatest fear is, what would you say?

Some might be distressed about their mortgage. Some might be concerned about their health. None of us are getting any younger, that’s for sure. Some watch their parents deal with what can be the debilitating effects of aging, and can see in their faces their own future. Some might be worried about whether they’ll have enough financial resources once they retire. Or, are already retired, and wonder if they’ll have enough to continue living as they are, especially with the way the market is behaving. You want to remain as independent as possible for as long as possible, but you’re just not sure if that’s going to be possible. So, we’re fearful.

BUT: How do we respond to Jesus when it comes to the way we live? We want to be a people of faith, but we know in our heart of hearts that our faith is intermingled with a heavy dose of anxiety, not to mention downright fear. What are you going to do?

Jesus puts all this in the context of a wedding.

We’re like servants, he says, waiting for our master to return from a wedding banquet. The blessed servants are those who are prepared when he returns. Why, they might even find the master serving them rather than the other way around. “Be dressed for action,” Jesus says, “and have your lamps lit; be like those who are waiting for their master to return from the wedding banquet.” Jesus is telling his disciples to be light on their feet.

Have you ever been so anxious to get somewhere that you slept with your clothes on?

If we understand what Jesus is saying, that might be a pretty good illustration for the way he wants us to live… on top of the bed with our clothes on. Could it be that Jesus is talking about an attitude, a mindset, and a way of life that finds his followers ready to move at a moment’s notice, to be at his beck and call, to be light on their feet?

Legend has it that St. Francis of Assisi was approached one afternoon while he was gardening and was asked, “Francis, if you knew that Christ was coming this very hour for your soul, what would you do?” At this, Francis paused from his work, looked up at the person and replied, “I would finish my gardening.” Francis could finish his gardening because he had no regrets about how he had lived out his commitment to Christ.

Another Saint who always “slept with his clothes on” because he never slept in a bed, not even when he was dying, was our patron St. Dominic, whose feast day we celebrate this week.

When I am standing in front of the church near his statue the most frequently asked question is: Why is a dog beside him? Let me respond: Dominic’s parents experienced infertility and went on a pilgrimage to pray for a child. In a dream his mother saw a dog leap from her womb caring a flaming torch. Later, Dominic founded the Dominican Order, Domini canus in Latin, translated means Dogs of the Lord. Now I know why I studied Latin for 5 years and not keyboarding!

Today, St. Dominic is the patron Saint of astronomers, The Dominican Republic, innocent people falsely accused of crimes, and St. Dominic’s parish! Now you know the rest of the story!

Life teaches those who pay attention that we cannot impose our own will on a chaotic and fallen world. But we can align our will and our hearts with the Lord, whose will prevails in the end — whenever that may be.

The Lord knocks on our door to be welcomed into our lives, and knocks on the door of our heart to get out and through each of us, bring his love to the world.  This is the mystery of God – God is within, and God is all round.

Lord, let the holiness and teachings of St. Dominic come to the aid of the people of this parish.