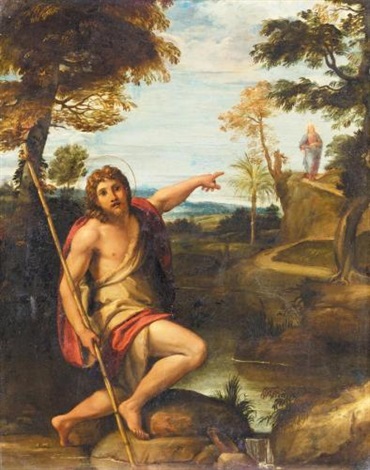 Today, on this 2nd Sunday of Advent, we continue to prepare for the coming of our Messiah – we are called to repent and believe. Repentance opens the way for a relationship with God. The gospel today sets up the time of John the Baptist. We don’t actually hear from John the Baptist until the next verse (7) after today’s Gospel, when he comes out swinging from the wilderness and shouts to the crowd, “You brood of vipers…”

John comes out of the wilderness where the Word of God had come to him. John, you may remember, ate locusts and wild honey in addition to living out in the wilderness. His attire consisted of clothing made of camel’s hair and a leather belt — not exactly the most fashionable clothes of the day. He’s certainly not the type of person you would expect to have some part of preparing for the coming of the Savior of the world.

But John didn’t stay in the desert. The gospel tells us he went into all the country around the Jordan River, preaching a baptism of repentance for the forgiveness of sins, just as his father had sung that he would in the temple those many years before. But why was it necessary and what does that have to do with you and me in Advent 2021?

Note that today’s gospel isn’t about Jesus. It’s actually not even about John the Baptist. In fact, today’s Gospel opens with an unexpected litany of political, economic, and religious leaders and officials. Luke sets the stage for John’s entrance by rattling off the who’s-who of first century people in power.

John shares the way to prepare for the coming of the Messiah as it was foretold by the Prophet Isaiah. First, we are called to confess our sin to God. We hear in our Gospel: “He went into all the region around the Jordan, proclaiming a baptism of repentance for the forgiveness of sins…”

Confessing, admitting that we are sinners is at the heart of repentance. We are called to repent; we are called to confess our sins. REPENT. That is John’s message. It’s a very important part of our Advent journey. Repentance is not the same as when a child does something to their sibling and the parent says: “Now tell your sister/brother you’re sorry,” and the child says it. But you can tell by the tone of “I’m sorry” that the only thing they’re sorry about is getting caught. This is the key message of the gospel today.

John is not only speaking to the people around the Jordan those 2000 years ago, but he also speaks to us today. You see, just like that child who mutters the insincere “I’m sorry” to his sister/brother, we do the same with God when it comes to our sinfulness and God can see right through it. There are many ways this happens.

One way this happens is when we tend to look at someone else as we confess our sin, or when we’re caught in sin, we get defensive and say, “Well, at least I’m not as bad as so and so. Now there is a real sinful person, I’m not that bad.” Often times, this mind set leads us to the point where we ignore our own sinfulness altogether. Sure, it’s very easy to point to the sins of other people; in fact, I think quite often, it’s a favorite pastime of our sinful nature. If anything, it reassures us we’re not that bad, actually, we’re doing pretty well on our own. That’s NOT repentance. God sees right through it.

Or another example is refusal to acknowledge what God terms as sinful behavior as just acceptable or changing with the times. We’re under a lot of pressure these days to cave into what our world would want us to believe is not sinful behavior, and term it “acceptable” or as an “alternative lifestyle” or excuse one’s sinful behavior by saying something along the lines of “Well, that’s just the way God made me, so that’s what I do.” But Christ is coming. “Truly I tell you, just as you did it to one of the least of these who are members of my family, you did it to me.”